Archimedes Foundation has a new board member

The supervisory board of Archimedes Foundation designated Hanno Tomberg as the new member of the board for the next five years.
The Chairman of the Supervisory Board Tea Varrak said that Hanno Tomberg will take the board member’s position from the 2nd of January 2018.
“Hanno Tomberg had the vision for the development of Archimedes Foundation and for the challenges to carry out with the Chairman of the Board Mr Rait Toompere,” added Varrak.
Tomberg graduated from the Department of Journalism at the University of Tartu in 1993. He has worked as editor-in-chief of one of the biggest Estonian newspapers Eesti Päevaleht, head of the news desk of the television channel TV3 as well as head of the news and sports desk at Estonian Radio (Eesti Raadio). From 2007-2014, he was a member of the management board of Estonian Public Broadcasting (ERR). He most recently served as the chairman of the board of Enterprise Estonia from 2014-2016 and as content and programme director at AS Eesti Meedia in 2017.
Archimedes Foundation was established by the Estonian Government in 1997 to operate in the area of government of the Ministry of Education and Research to implement Estonian and European Union programmes in the field of training, education, youth and research, to evaluate the quality of Estonian higher and vocational education and to assess foreign qualifications.
Additional information:
Eero Loonurm
Head of Communication Department
e-mail: eero.loonurm@archimedes.ee
www.archimedes.ee 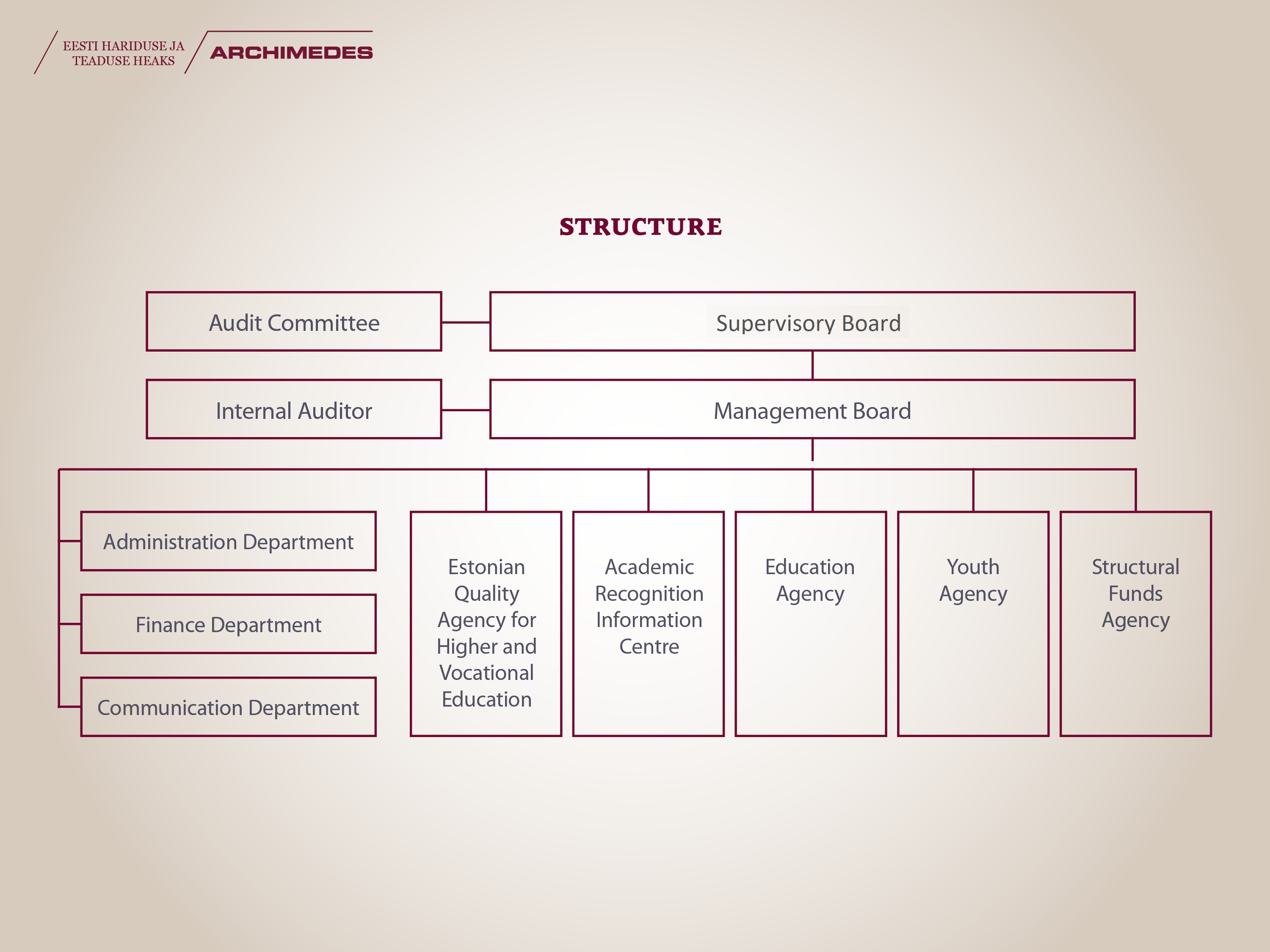