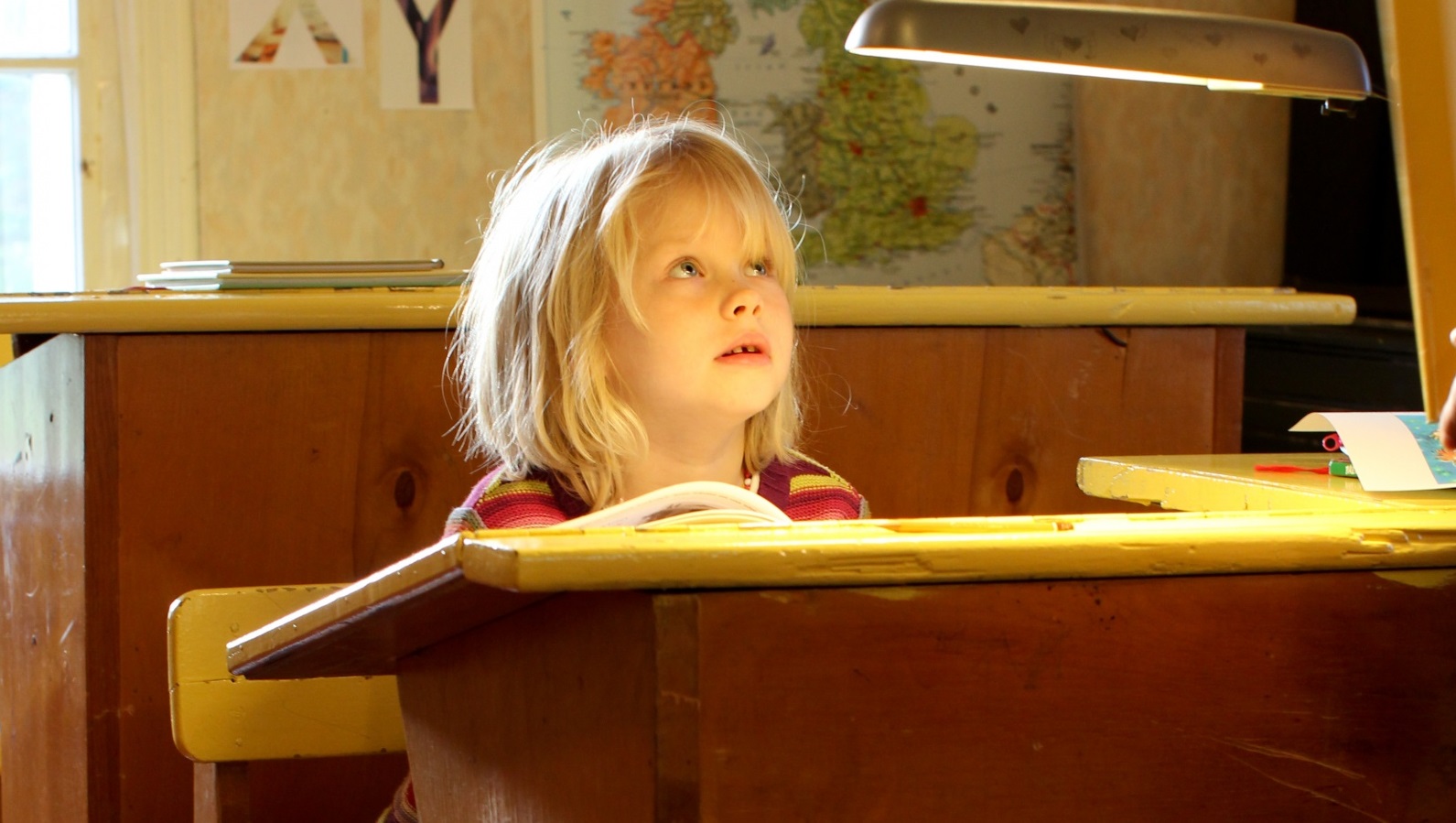 The OECD published its Review of School Resources on Estonia on Wednesday. It found that while Estonia’s system performed well, there was room for improvement concerning structural matters as well as how the country dealt with Russian speakers and special educational needs students.

The report analyzed the use of resources in the Estonian school system. In detail, it examined the organization of the school network, the funding of education, school organization and operation, and the teaching workforce.

Several positive points were mentioned. The report described the Estonian school system as high-performing, and said that it had made significant advancements. Participation in schooling in Estonia was almost universal, and the amount of adults with secondary education was among the highest in the OECD, the authors stated.

Also, the proportion of adults holding a tertiary qualification was above the OECD average, and the performance of students in international assessments at the secondary level among the best in Europe in reading, mathematics, and science.

About general access to education and matters of equal opportunity, the report stated that the social and economic background of Estonian students had a small impact on where they went to school. 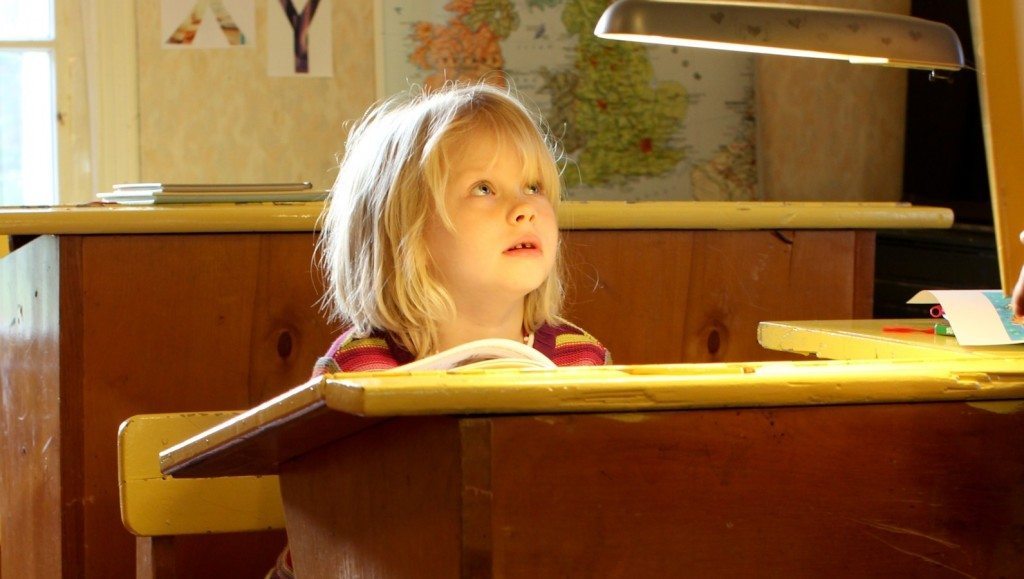 Consolidation of small schools inevitable: The Estonian system is too big for its student numbers. School on the island of Ruhnu (Liis Treimann/Postimees)

But the report also brought out a few negative points. Most significantly, a large proportion of young adults didn’t have a professional or vocational qualification, and the rate of students who completed their vocational education was low.

Moreover, while at the secondary level students’ socio-economic background had a smaller impact on performance compared to other OECD countries, the authors of the report expressed concerns about the performance of students in Russian language schools, though they recognized recent improvements to the system.

Initiatives by the government to improve the situation

Estonia’s initiatives to improve the quality of the education system got a lot of positive attention in the report, among them improving how the schools are financed, the Estonian Lifelong Learning Strategy 2020, the 2011 curricular reform in general education, the 2013 new standard for vocational education, and the introduction of a new competency-based career system for teachers.

The report lined up policy recommendations, several of which will likely be discussed in more detail in the course of the currently ongoing administrative reform debate.

The authors recommended to consolidate the school network further, which should be in line with the government’s current efforts. It stated that Estonia’s extensive school network would likely need to shrink, or at the very least to be made a lot more efficient. Built up to provide education at even levels across all of the country, the size of the school network and the teaching workforce had not adjusted to the student population, which had shrunk considerably.

Apart from class sizes and the spread of the school network, the report suggested that planning capacity, co-ordination mechanisms and collaboration between parishes would be the cornerstone of creating a more efficient and equitable school network.

To the proponents of administrative reform as well as to those who followed the developments thus far this is nothing new. Katrin Pihor of policy and governance think tank Praxis told ERR News in March that better public service as envisaged by the government depended on the design and the application of these services.

“I don’t see the need to merge for example schools or care homes physically. We could have teachers travelling across a parish and work in different small schools, or we could have care home departments located in different parts of a parish. However, their management and administrative services could be merged, and this is an important factor for quality and efficiency,” Pihor said.

The OECD report made similar recommendations. Among other things, it suggested cooperation between parishes,which could involve the co-management of basic schools, improved transportation services, and the common use of various facilities.

This could happen in various ways, the authors suggested. Small schools could be closed or consolidated, services within schools reduced “with due consideration to the costs and feasibility of different alternatives, such as transporting students and housing them at boarding schools.”

The currently ongoing recentralization of the management and funding of general upper secondary education would bring along a number of challenges and should be approached very carefully, the authors stated. One solution to the problem of class and student body sizes they suggested was to set a threshold class size, which would then decide whether or not students could be funded through the state grant.

An exception to such a measure, the authors concede, would have to be a school’s identification as important to a more remote area, or in other words not to close it or refuse to support it if it guaranteed access to education in a particular rural region.

Socially as well as economically, Estonia’s policy focus has been on higher education. The report spelled out the need to increase the attractiveness of professional and vocational education to balance this.

The government’s efforts in the matter were adequate, the report stated, and acknowledged how it placed increasing emphasis on strengthening the mechanisms for the vocational education and training (VET) system, last but not least to adjust to changing labour market needs.

Challenges facing vocational education were its low status among students and parents, its high drop-out rates, and few opportunities for students to engage in work-based learning and apprenticeships.

To improve the situation, the report suggested making programmes more relevant for the labour market and for regional development. Also, employers should be involved more. A more rounded approach, the authors suggested, could include funding that would give institutions more stability and better incentives to improve completion rates, improved career guidance for students, more committed engagement from employers, and making sure that regional development strategies would be taken into account.

The report pointed out that Estonia had a well-developed network of special education schools, but that there had been a lack of efforts to integrate children with special educational needs into regular school classes.

One solution the report suggested was funding for regular schools for special educational needs students. This could be turned into an additional revenue stream for regular schools. In turn, these funds would then allow schools to hire the teachers they need to accommodate these students.

Another component, the report stated, was to adequately prepare teachers to accommodate special educational needs students in regular classes.

Language barriers were likely to distort the choice of upper secondary programmes by Russian-speaking students in favour of vocational programmes, the report stated, and as such went against Estonia’s commitment to equal opportunity and fair treatment.

The report recommended that the government consider “developing an earmarked grant designed to provide financial support to municipalities and schools for the additional hours of Estonian language instruction necessary to make Russian-speaking students proficient in the country’s official language.”

Editor: Dario Cavegn (ERR)
The text initially was published in the news of online magazine Estonian Public Broadcasting on April 6, 2016.