The future of higher education in small countries 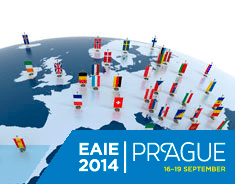 All small countries have a number of challenges in common: their populations and their subsequent smaller markets, their narrow resource base, their probable dependence on stronger economies (services, natural resources, infrastructure) and on a foreign currency because of a smaller coverage of primary product exports, and also limited local financial resources for bigger investments.

The same could be said about the challenges in higher education. Smaller countries have to do much more in international society and in regional governance structures (such as the European Union) in order to gain visibility and awareness of their education quality and to attract the brightest minds to their education systems. There are fewer universities in small countries and fewer choices for prospective students. Specific degree programmes depend on international students because of the lack of local students for very narrow and specific fields. Smaller universities have fewer opportunities for cooperation between faculties and schools, and we can continue the list of challenges.

Globalisation certainly asks new questions about the relations between population size and development. Small countries have greater margins of flexibility for any kind of development either on national or regional terms. In fact, being a small country should also promote a closer association between the state and its citizens and will favour less bureaucratic forms of development. Smaller countries can also make rapid and essential decisions faster than bigger countries.

Does size matter when it comes to educational success of the country? Are small states at a disadvantage compared to bigger ones in the contemporary competitive world? Of course, we all know that when the crisis hits, it will hit the small states (and the small universities) harder, but let us focus one the bright side: when you are small, you can recover faster, develop faster and make all the innovative changes faster. And why should the education sector be any different in this respect to the other sectors?

Small countries which are older (especially the Scandinavian ones and the Alpine ones) are role models for others to follow – they have many universities in the Top100 QS ranking or the THE ranking, but we should take into account that there are certain factors from these countries that are not necessarily transferable to other countries.

Some of the good examples of education success are see in Finland and Ireland – both are pretty small in terms of population, both are resource-poor countries, but both enjoy high growth rates. They created successful learning and innovation systems that led to an increase in national innovation and development. Then there are Eastern European countries that have been in a transition period for a long time but have transformed their higher education systems into some of the fastest developing systems in Europe – they are active in student mobility, opening new degree programmes and playing on their advantages. Then there are some very small European countries with populations of less than one million people – even they have been very active in the higher education field and they know how to play to their strengths.

What are the key points for small countries and also small universities to consider for the future?

The Human Development Index shows us clearly that prosperity and quality of life do not depend on size. Although change does not happen overnight, all small countries and small universities can meet success with a systematic approach to higher education and to their stakeholders.

At the upcoming EAIE Conference in Prague, a session entitled “Survival guide for small countries: how to compete in international higher education” will give an overview of some very small but successful players in global education – Estonia, Iceland and Liechtenstein. You will hear about the priories and success stories of the initiative Study in Estonia run by Archimedes Foundation in Estonia, Reykjavik University and the University of Liechtenstein. No matter how big or small of a player in the international education field you are, there will be definitely something of interest to you! The session will take place on Friday 19 September.

Related posts in the EAIE blog: